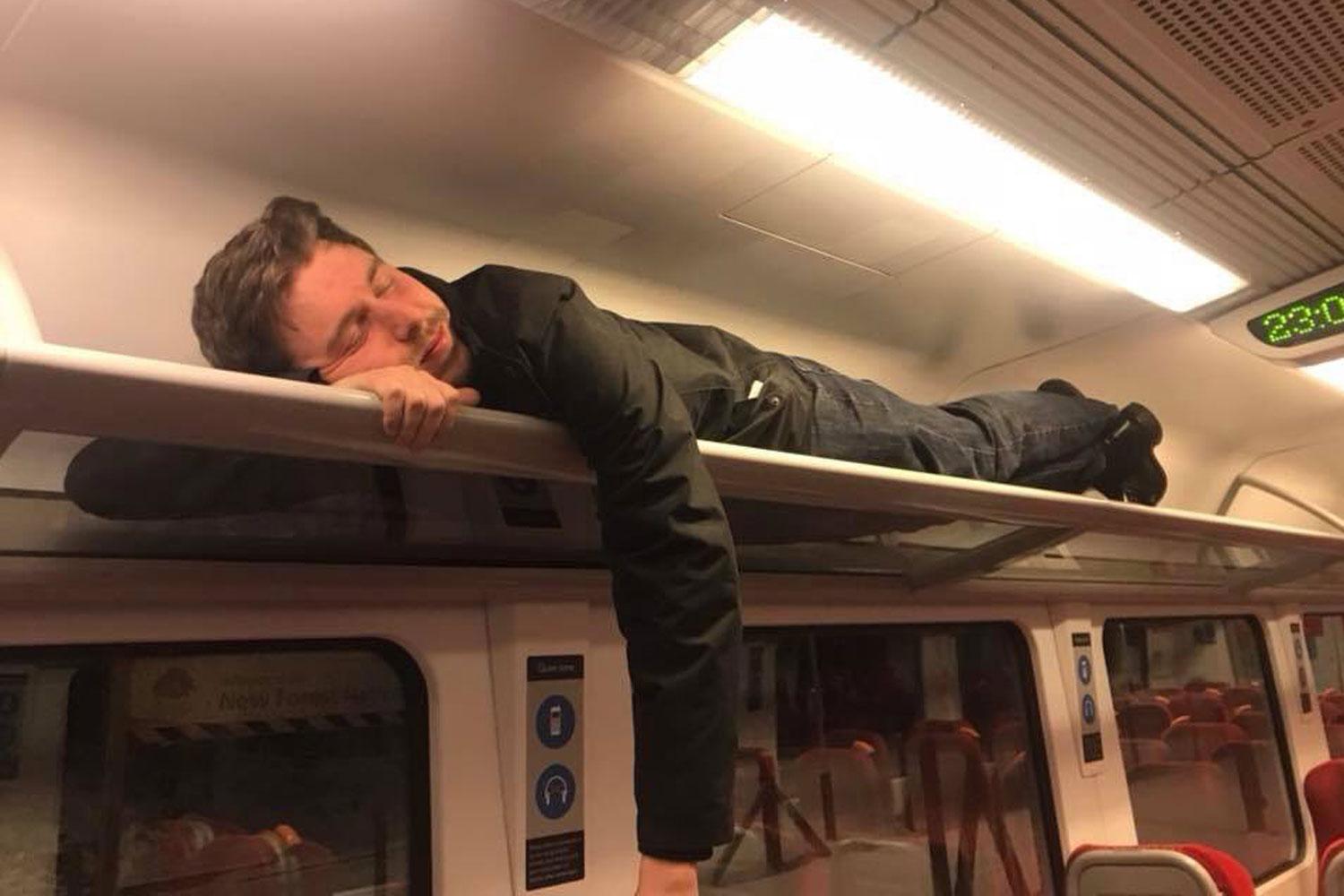 HR and recruitment seem to be careering towards a slow-motion train wreck, where is the brake pedal? And what happened to the windscreen?

Approximately 10% of the global payroll is squandered on recruitment and HR with not the slightest hint of a measurement to suggest that it returns anything at all. That’s enough money to eliminate global poverty and bring those on poverty level wages back in out of the cold, yet it is hard to find a single thing that modern recruitment is doing better than any benchmark era you care to select for comparison. To the onlooker, recruitment appears to be careering out of control driven by its own momentum, or perhaps there is a misguided strategy behind it all? Has the windscreen been replaced by an AI produced virtual reality that is not working too well? Or are they all simply asleep at the wheel and waiting for their pension?

Don’t get me wrong, I’m not having a go at HR. Sure, it is no more perfect than Marketing, or IT ,or any other discipline, but todays open flat organisations with flexible working and mutual respect are our debt to HR and are the norm now rather than the exception. That can only be good. Nobody wants a Gibbs slapping them around the head and demanding CAWFEE!, however watchable the TV drama may be. I doubt anyone would disagree other than the occasional discipline devotee who has never had the chance, thankfully, to discover how wrong he is. There is, however a gaping chasm where the old-fashioned bully vacated and HR can’t or won’t enter.

OK I’ll get the point.

There are a few very basic things we need to make an organisation run successfully and these are all based on good and talented people working well together, it is hard to overstate this proven correlation between people and success. This fundamental need alongside a lot of less clear and less fundamental needs create the conundrum that drives our convoluted recruitment processes as they play out every day before our eyes and are so much more painful to watch now they have become a public soap opera imposed on us by Social Media Platforms.

Let me throw a few more insights into the mix before you become too smug about the part you may be playing in all this.
1. The number of truly talented and exceptional people in our business world over the past three decades could still be counted on the fingers of your two hands and even they owe a considerable part of their achievements to random events that put them in the right place at the right time to absorb influences and build confidence, remember that word. What I am getting at in plain and simple English is this; Genius may be partly genetic, but high performing talent is entirely created by the surrounding environment and invariably turns up in pockets where it replicates itself over and over and stays put. Sadly, it has an equally strong ability to self-destruct or breed incompetence given the wrong environment.

When you have thought about these issues for a little while I predict that you and/or your client will have changed your opinions more than a little about the problem you are trying to solve, the approach you should be taking, the person you need to find and the way you need to approach it.

When you have wrestled with that conundrum for a while maybe you should ask yourself just how much serious management and leadership skills there are amongst the senior management team? When is the last time any of them had training or was challenged in their views. Who is leading and developing the middle management tier to build tomorrow?

It is simply not reasonable or logical to expect managers at any level to simply know how to manage. Somebody must make sure they are trained, monitor them, recognize them, reward them and make it a duty to develop and support others. For an interesting insight into the challenges of establishing this type of change, you may find this piece interesting.

If the answer to the latter questions is along the lines of; Nobody dares question the Senior Management team, nobody is developing the middle management layer because we don’t want them asking for a pay rise or leaving after we spent all that money on them, then you really have a bigger problem than a job-board will solve. If tomorrow is another role for recruitment you may just be putting your finger on the problem.

Or maybe the whole strategy is to keep reading these blown up CVs, stalking on Social Media, going though the motions and hiring more pretenders for just long enough to let them fail.

I hear you, of course, some recruitment happens because of growth and other perfectly legitimate reasons and some job specs even reflect the role and organisation, just like some CVs are honest and some are played down, but sadly we know that is often the exception rather than the rule.
Yes, there are talented people being ignored in their employment and desperate to get out of that environment maybe because there is just no organic growth or opportunity left for their employer, but that many?

Here is where it all gets too ridiculous and everyone loses

Right now, if I were presented with a classic LinkedIn profile, or a CV, I would be forced by prudence to take account of the fact that nearly everyone is lying and exaggerating on their CV. I, at least would know that spying on them is just as likely to mislead me, so I would have to adjust their ability down by a factor on a scale of one to ten and treat everything with a pinch of salt,  unless of course I was hiring a technical or management person whereby I, at least, could easily find out through questioning what they know or don’t know and how they react in situations.
In my entire career as an interim, and somewhere in the region of 60 interviews, I have met just one interviewer capable of doing this with me so don’t kid yourself that this is a solution. It doesn’t happen. If I were looking for employment and especially, if I were lacking in confidence, I would feel sorely tempted to lie about my abilities and legitimately so, if only to allow for that 20 to 50% allowance the resourcer is going to make. The problem of course is that how I performed very likely, had more to do with the environment I worked in than my motivation and skills. There’s only so much anyone can achieve at certain levels of authority and most have no idea what they are capable of.

The upshot of this situation is a game of double bluff where everyone loses.  People get jobs they can’t handle and people settle for jobs they are over qualified for and eventually they spend their days staring at games on their phones or worse forms of addiction and the honest people don’t get hired, only the best liars. Businesses continue to return 2 or 3% to hapless investors after all the bluster and there are no winners.

The answer is not rocket science and neither is it new.

The vast majority of highly paid jobs could be taught to an intelligent monkey given enough time and neither is training people a huge challenge, not even expensive compared to the recruitment carnival. Skill-shortage is a self-inflicted injury not an excuse as is lack of opportunity for top people.

People need a connection, a goal, a reason to get out of bed. People need recognition regularly and it costs nothing, people need to be trusted to work when and where they see fit as long as they are getting it done and they will, trust me.
People need the opportunity to excel through challenges and through training and mentoring. They also need to be able to build teams and alliances, challenge each other, mentor each other, share and grow. All this takes the right environment and the right leadership and there is no alternative.
Pink[i] put this well in his work on DRIVE and Csikszentmihalyi[ii] explains the same psychology in his work on Flow describing how humans are motivated by playing games through just the right level of challenge and achievement.
None of these theories have ever come as a shock to anyone on first contact.  The moment we read any of these books, see a presentation or attend lecture we instantly recognize all of it instinctively and we know that it is right, yet we wait and we procrastinate and we spend 10% of payroll on pointless recruitment, spying on candidates, stalking them on Social media, writing job descriptions longer than this article and other forms of expensive self-delusion. Why?

Edward Taaffe is seasoned Interim Manager with experience of building teams, driving Digital Transformation in the Public and Private sectors and bringing digital products to market. His lifelong fascination has been the reason we behave the way we do and the parallels between computer algorithms and the human brain.