The extraordinary world of the trader really opened my eyes 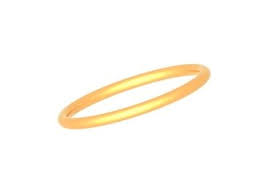 Most readers will already be aware of confirmation bias and will no doubt believe they have it under control. Good for you. If however you are trader, or gambler the likelihood is that you have got it down to a fine art and it has become a heuristic behaviour.  What I mean by this simply, is that you’ve been doing for so long and become so attached to the theory that you are smarter than the rest, that now your brain does it in auto-mode without your intervention or even awareness.

Recently I spent some time developing trading tools for people earn a  living trading movements on a betting exchange.  The betting exchange, for those who are not familiar is a simplified clone of a stock exchange and is very similar to currency trading .

Some of these people act as bookmakers accepting bets form the public, while others simply trade the movements in the market or “SCALP” the market.
I was amazed to hear bookmakers of some standing use the phrase, “ Let’s get this one beaten”.
Quietly testing the intent of this over a period of time I realised that they actually associated their attempts to attract money and lay the runner with the runner losing.  Naturally they would never admit to it openly and they all know that such a thing is impossible, yet they daily select a weak runner and go about betting against it with the hope that it will be beaten and regularly it loses and bit by bit the brain has begun to associate tis intent and action with the outcome. Given they will be laying an 8: shot that really as a 1 in 12 chance of winning, they see it lose 11 times out of 12.
What is happening here is the brains own “Inspect and adapt learning process”, taking what it sees at face value and jumping to dangerous conclusions.
For years renowned physicians dispensed useless or even dangerous treatments to unsuspecting patients while convincing themselves and the patients that it was having a positive effect. After all, some of these people recovered. I wonder how much of this still goes on?
Economist and ex trader Max Keiser recently did a TV show on economics where he talked about stock traders believing they were changing the economy by their actions when in fact they are simply gambling with liquidity against other traders.
The UK government has been conspicuous in their inactivity in terms of fixing the economy, or even banking since the crash. They have sat back and conserved the status quo for all intents and purposes, yet George Osborne makes speeches in which he associates his office with a “reported “ improvement in the economy. Has it improved? If so, has it improved beyond a possible “ gently rising tide”?  Does he actually believe it?  What do you think?

Given the power of such self-delusion, would it be a shock if we found traders fixing things like exchange rates, or would it be far-fetched to imagine it might then stretch to bribing politicians and officials.
If those same people had gone into the munitions business instead of banking, do you think they might find a way to start wars? Do PMs and  generals ever admit that they achieved nothing ( best case scenario) or created a catastrophe?

Negative bias the damage it can cause